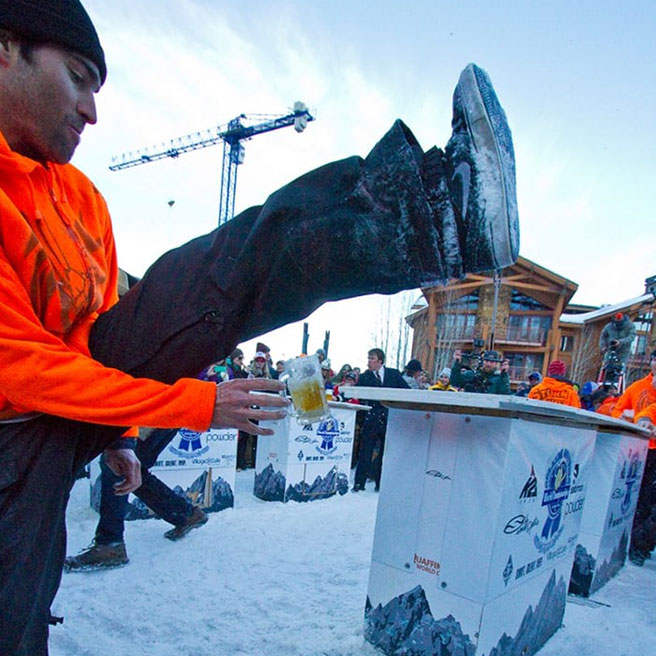 16 Teams will battle head to head, sliding a beer down the Q table to another team member who must catch it mid-air (quaffers must stand at least 24in from the end of the bar) and down it. Successfully doing so earns a single point. Catch the stein by the handle and you get two points. The team with the most points at the end of 60 seconds advances, and the other team spends the rest of the early evening drinking non-competitively.

This event will be held outside – snow or shine!

Must be 21 with valid ID to participate.

Only 16 teams can compete – register early!